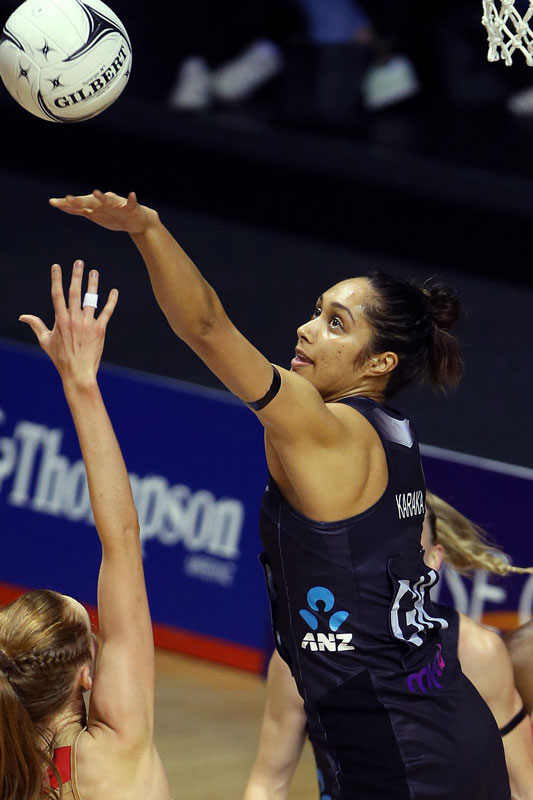 Relishing the captaincy duties with the Mystics during 2019, Karaka led from the front to return a consistently high standard of performance throughout the season. A menace with her long reach and athletic ability, the rangy defender took her game to new levels in an inspiring season.

Having played for the Steel and Pulse before returning home to Auckland and the Mystics, experience has paid dividends for Karaka who made her Silver Ferns debut in 2014. Able to move comfortably between the two in-circle defensive positions, Karaka has a strong all-round skill set with her movement and ball handling ability.

Karaka has developed into a classy defender with her athleticism, tight marking, ability in the air and sense of awareness for the intercept.

Showing her versatility, athleticism and ability to adapt, Karaka was a key component in the midcourt for the FAST5 Ferns winning exploits during the 2016 FAST5 World Series.

Rising through the NZU21 and NZSS teams, Karaka has built on a strong pedigree after being part of the 2013 World Youth Cup winning team while also being a member of the Silver Ferns at the 2015 World Cup.