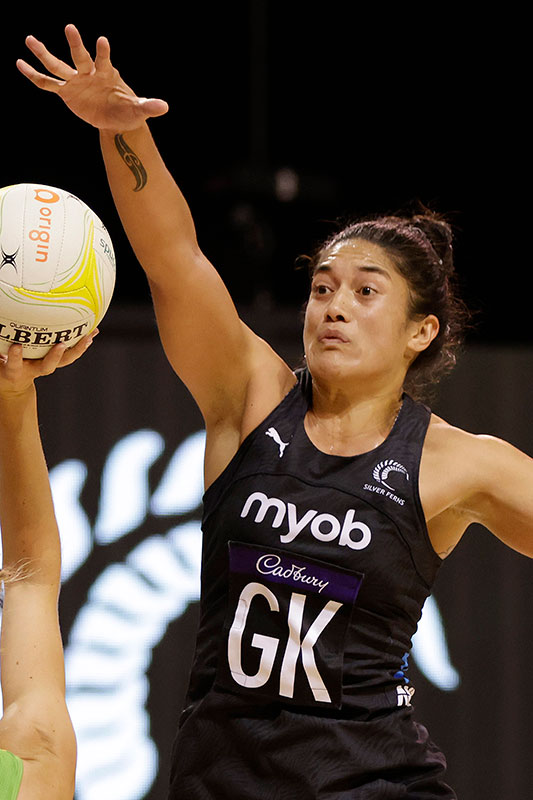 Seven years after playing a solitary test, strapping defender Sulu Fitzpatrick made a remarkable return to the Silver Ferns in 2018.

Continuing to impress with her imposing on-court presence both as a player and a leader, Fitzpatrick’s standing was acknowledged when appointed Silver Ferns vice-captain in 2021.

After turning out for several different clubs in the intervening years, Fitzpatrick found her niche with the Pulse in 2018, returning from the international wilderness on the back of a storming season.

In the best condition of her career, maturity has helped Fitzpatrick deliver on her early potential. A strong presence in the defensive end, the powerhouse defender has an astute awareness and ability to direct play from the back, quick movement and a nose for the intercept.

Returning to her home city of Auckland in 2020, Fitzpatrick’s imposing form continued during a stellar season where she was at the forefront of a rejuvenated Mystics. Consistent top-quality performances ensured a recall to the Silver Ferns squad.

Fitzpatrick is a former NZU21 captain and NZSS representative. Best known for her exploits from the custodian’s position of goalkeeper, Fitzpatrick has the ability to cover all three defensive positions. Mobile and strong in the air, Fitzpatrick gained her solitary Test appearance against England in 2011 as a 19-year-old.

She took time out for the birth of her twins in 2014 before resuming her career in 2015.