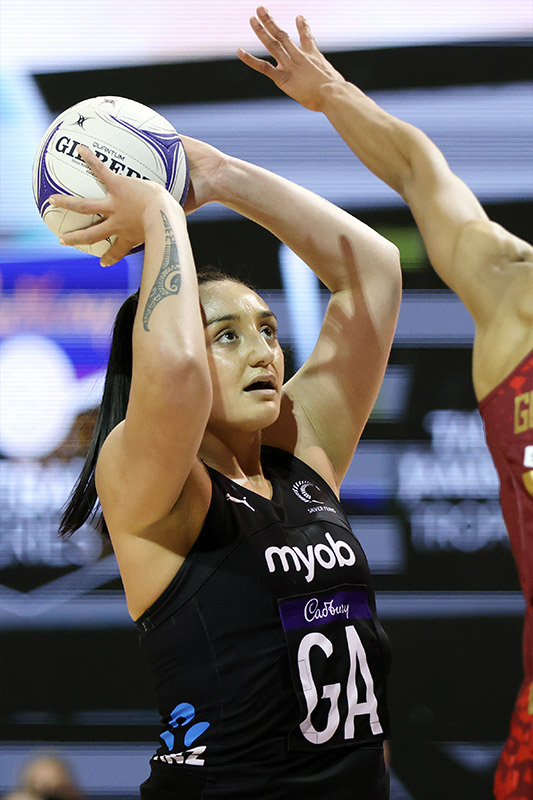 First making her mark as a 16-year-old replacement player for the Pulse in 2017, schoolgirl shooter Tiana Metuarau made an instant impact at the elite level with her vision, athleticism, creativity and ball skills. Unfazed by the challenges presented against seasoned opponents, Metuarau impressed with her maturity and poise while reinforcing her credentials and bright future. Metuarau capped a standout 2017 with her inclusion in the triumphant World Youth Cup-winning NZU21 team. Spending a season with the Steel in 2021, where she revelled as the starting goal attack, Metuarau’s court craft, power, improved shooting numbers and dynamic movement were a constant feature. Metuarau capped her first selection in the Silver Ferns squad with a player of the match performance against England in her international debut a few months later. Blessed with an abundant skillset, Metuarau’s maturity and poise have her well-primed to push her game to new heights.