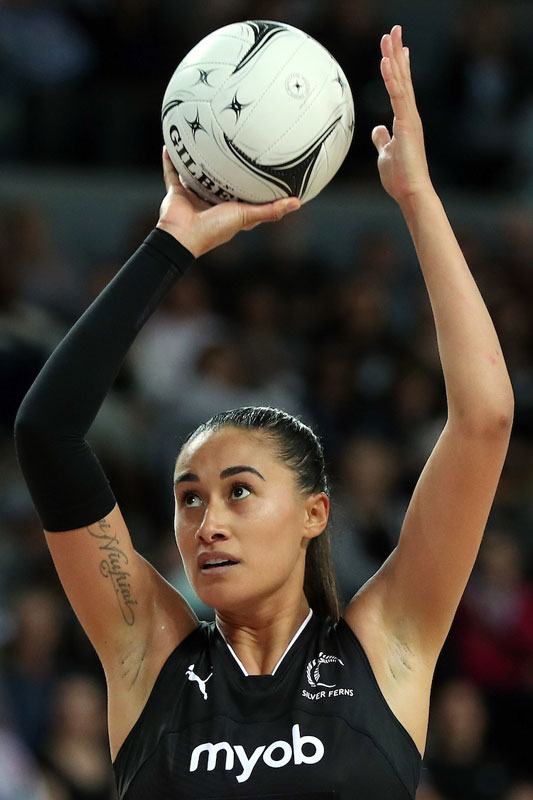 A mainstay of the Silver Ferns for well over a decade, naturally gifted shooter Maria Folau (nee Tutaia) completed a career highlight in 2019 when adding a first Netball World Cup title to her resume.

One of the most feared shooters in world Netball with her uncanny skill of being able to convert shots from all points of the circle, Folau made her debut for the Silver Ferns in 2005, the same year she was part of the NZU21 World Youth Championship-winning team.

Earmarked as a quality performer from a young age, the stylish Folau had made significant strides by the time she reached 20, becoming a regular in the Silver Ferns starting line-up by the end of 2006.

Folau’s game has continued to flourish, maturity and a wealth of experience adding to her considerable skill set. A graceful athlete, Folau has continued to evolve as a player, her repertoire growing alongside her general attacking and defensive games.