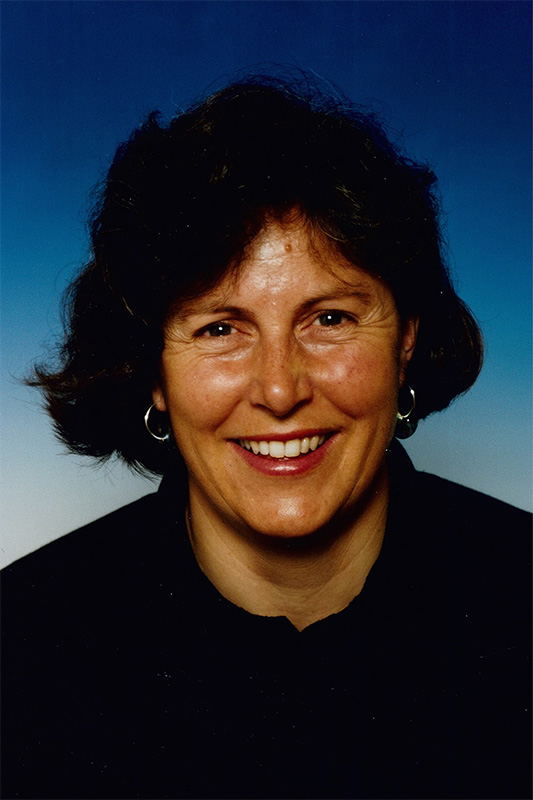 From the same era as her predecessor, Lyn Gunson, another former national captain and astute tactician of the game, Leigh Gibbs became the Silver Ferns sixth coach when appointed to lead the team in 1994.

Shaped by a series of strong role models from her own Silver Ferns and Canterbury playing days, Gibbs was another who embraced the athlete-centred coaching philosophy where athletes were encouraged to make decisions through solving on-court problems for themselves.

Starting her tenure by ushering in a new era with a fresh-faced team and an eye to the future, Gibbs made a strong statement in a busy first year in the job.

Despite falling 2-1 to a strong Australian team in a three-match home series, there was plenty to admire about the new-look Silver Ferns. Gibbs ended the year in strong fashion by completing a 3-0 away series win over Jamaica.

In a busy build-up to the 1995 Netball World Cup, the Silver Ferns headed to Birmingham well prepared following a successful 5-0 campaign against a variety of opponents.

Disaster struck in just their third match in Birmingham when South Africa, back in international play for the first time in 28 years, upstaged the Silver Ferns by two goals. Needing a win against Australia the following day to keep their title hopes alive, the Silver Ferns were pipped by a solitary goal. The New Zealanders third place finish equalled their worst result at the event.

A 3-0 home series win against South Africa the following year was followed by a comprehensive 4-0 loss to Australia.

Gibbs’ tenure as Silver Ferns coach ended in mid-1997 with four straight wins over Jamaica (three) and the Cook Islands.

During her time in charge, Gibbs was at the helm for 32 Tests, winning 24 and losing eight for a 75 percent success rate.