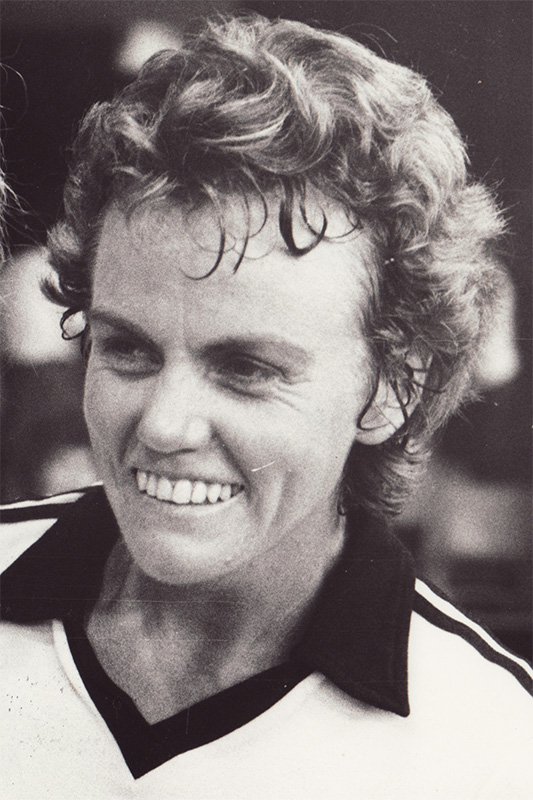 Former captain Lyn Gunson was installed as the fifth Silver Ferns coach in 1989, just four years after retiring from an outstanding playing career.

A true student of the sport, the hallmarks of Gunson’s great playing career, an astute mind and tactical awareness, were easily transferred to the international coaching arena.

With a keen eye for young emerging talent, a major focus for Gunson was developing the range and depth of skills in her teams, and with it, the start of remodelling the way the Silver Ferns prepared for international contests.

Gunson helped introduce player-driven coaching techniques, systems that handed responsibility to the players on court and their decision-making techniques.

She made an outstanding start to her international coaching career with a perfect eight from eight during a momentous 1989.

Held every four years since their inception in 1981 and catering for non-Olympic sports, netball featured on the World Games participant list three times. Winning the gold medal as a player at the 1985 event in London, Gunson completed the double by achieving the same result four years later as coach of the Silver Ferns, in Karlsruhe, Germany. On both occasions New Zealand beat traditional rivals Australia in the final.

At the 1991 Netball World Cup in Sydney, Gunson’s Silver Ferns suffered a dramatic one-goal loss to Australia in the final, which at the time was described at the time as the greatest Netball match ever.

Her Silver Ferns coaching career ended in 1993 after a 26-goal loss at the hands of the Australia in the final of the World Games in The Hauge.