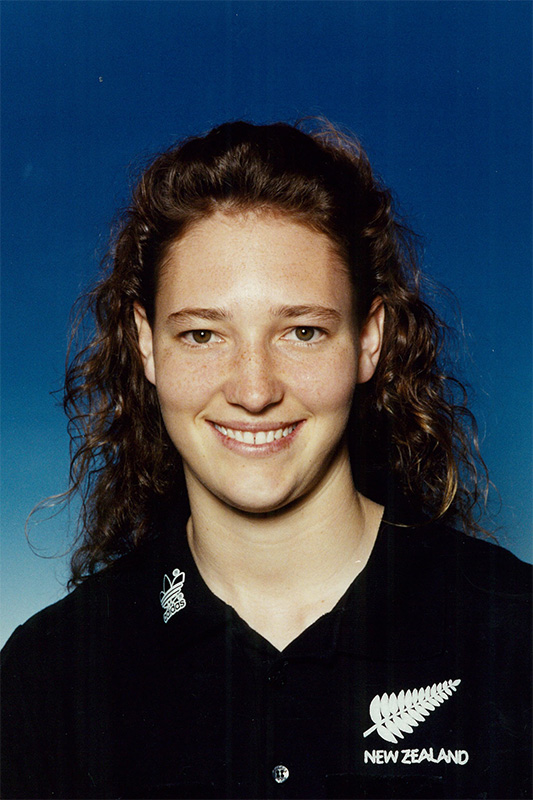 WA
C
WD
Canterbury midcourter Anna Stanley was first selected in the Silver Ferns as an 18-year-old in her first year out of school, the bolter in the team to tour Jamaica in 1994.

The talented track athlete was also charged with the challenge of learning the craft of wing attack in her early years after primarily being a centre.

A fine all-round athlete who provided real flair in the midcourt with her speed, ability to move the ball at blistering pace and precision feeding, the tenacious Stanley endured a series of highs and lows throughout her 12-year international career.

A regular for six years, she spent 18 months in the wilderness when her international career came to an abrupt halt in 2000. Recalled in late 2001, her transformation was complete when within 12 months of returning she was named captain (our 22nd) and led the team to 19 victories for a 100% winning rate.

On top of the world after captaining the Silver Ferns to the Netball World Cup title in 2003, fate intervened the following year when a serious knee injury meant a year on the sidelines. Keen to contest one more Commonwealth Games, the resilient Rowberry did force her way back for the Melbourne edition (2006) where the Silver Ferns went on to clinch their first ever Games gold medal.