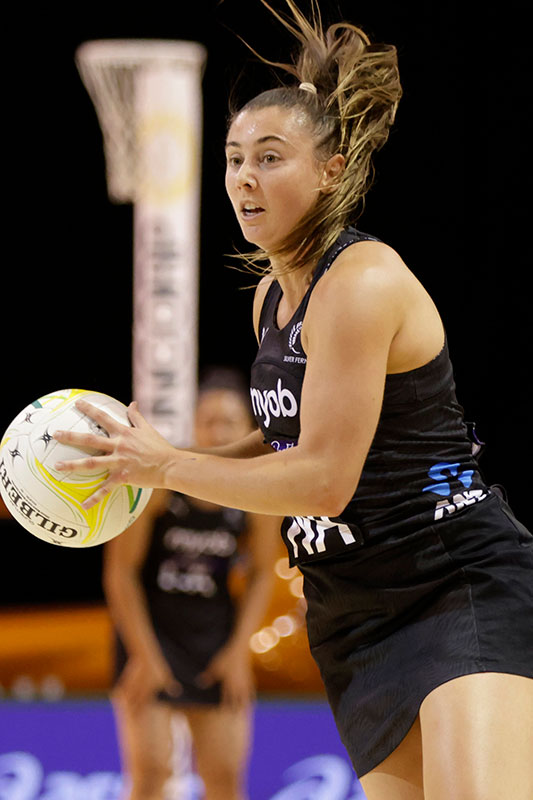 After missing out on the 2018 Commonwealth Games team, slick midcourter Gina Crampton made a triumphant return in 2019 when the Silver Ferns went on to win the Netball World Cup in Liverpool.

To highlight her determined, motivated and tenacious spirit, Crampton came full circle when she was anointed the Silver Ferns 28th captain in 2021.

Making her comeback to the Silver Ferns for the 2019 Northern Quad Series, Crampton cemented her spot in the 2019 Netball World Cup team following a standout domestic season.

Crampton first came to prominence in 2015. Predominantly a wing attack but also an effective centre, the livewire midcourter showcased her skillsets through her speed, drive off the line and adept feeding ability to win the Aspiring Silver Fern award at the New Zealand Netball Awards in 2015.

Making her international debut in 2016, Crampton has continued to build on her all-round abilities. Fit and fast on attack, Crampton is also an effective spoiler on defence. A fine all-round athlete, maturity and experience has added to Crampton’s consistency which was a standout for the Steel during the 2019 domestic season.