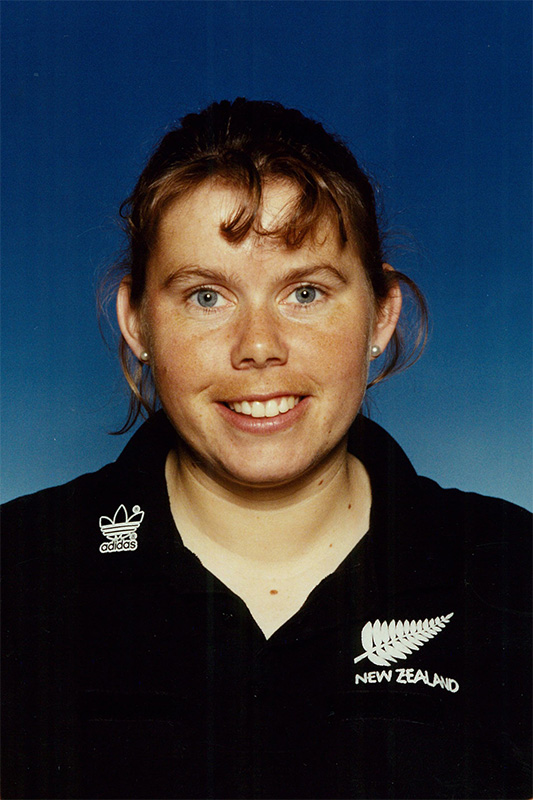 C
WD
WA
Able to play all three midcourt positions, Julie Seymour is best remembered for her exploits at centre.

A no frills player, Seymour possessed a huge work-rate, was a strong defensive centre and had the ability to deliver the perfect feed for the situation required.

Captain of the NZ U21 team that won the Netball World Youth Cup for the first time, in 1992, Seymour made her Silver Ferns debut in 1994.

High fitness levels, speed, accuracy and loyalty became her hallmarks over a long and illustrious career during which she captained her country in two different eras.

Following the 2002 Commonwealth Games, and only 10 months into her captaincy tenure (our 21st), Seymour announced she was pregnant with her first child. Seymour had two more children in between playing for the Canterbury Flames in the domestic league.

She remained one of the best midcourters in the country and as a result was recalled to the Silver Ferns in 2006 at the age of 35, playing on for another two years.

In a remarkable turn of events she assumed the captaincy again in 2008. She finally called time on an extraordinary career during which she left an indelible mark, ahead of the impending birth of her fourth child.