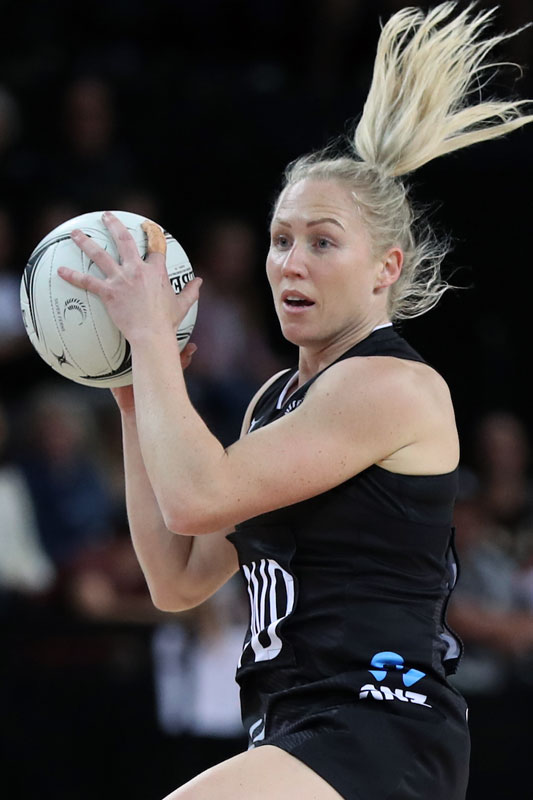 C
WD
WA
Dynamic midcourter Laura Langman added the one missing link to her decorated career when leading the Silver Ferns to the 2019 Netball World Cup title in Liverpool.

After 18 months away from international netball, the Silver Ferns most capped player made a remarkable return in 2018 when she assumed the captaincy.

After making her Silver Ferns debut in 2005, Langman has fashioned an enviable record, including an incredible unbroken run of Tests since making her debut.

Renowned for her high work rate and energy levels, Langman has continued the push to the boundaries be a better player. In 2016, she became the first current Silver Fern to play for an Australian team (the NSW Swifts) in the ANZ Championship.

She has since played two seasons with the Sunshine Coast-based Lightning team in the Australian league.

Langman’s athleticism and never-say-die attitude have often proved game-changing attributes. Held in high esteem, Langman has gone on to become one of the most influential and respected midcourters in world Netball.

Capable of playing all three midcourt positions, Langman is blessed with dazzling speed and athleticism, the super-talented athlete being renowned for her all-round abilities on both attack and defence.