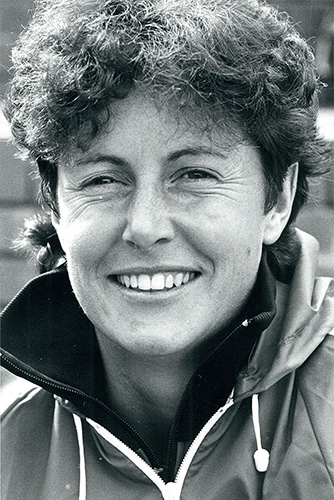 WD
C
WA
A no-frills player, Canterbury midcourter Leigh Gibbs forged a stellar career built on a demanding fitness regime and strong work ethic which were exemplified during her nine years as a Silver Fern, the last two as captain (our 11th).

Starting off as an in-circle defender, lack of height pushed the hard-working Gibbs into the midcourt, initially to centre, but her instinctive defensive qualities were tailor-made for wing defence. And that was the position she made her own during a standout Silver Ferns career.

She was quickly elevated to the Silver Ferns in 1978, taking up residence for the next nine years.

She played in three Netball World Cups, the Silver Ferns sharing the 1979 title with Trinidad & Tobago and Australia, finishing runners-up to Australia in 1983 and sweeping all-comers as captain of the 1987 team which is often described as the greatest New Zealand team of all.

It was a fitting finale to an illustrious career.